You are here: Home / NMS Rehab / 3 Myths About Core Strengthening for Back Pain

About 20 years ago, the principle of core strengthening started to gain wide acceptance as a strategy for preventing injury and treating various musculoskeletal conditions, especially back pain.  This grew out of research studies that demonstrated a change in the timing and firing pattern of various muscles between groups of people with and without back pain. It has been long known that movement patterns change in the context of injury, and that these changes outlast the injury.  However, this focus on core strengthening for back pain was based on several assumptions:

Let’s set aside these assumptions and look at the facts regarding core strengthening for back pain.

If strength is the goal, then how much muscular contraction is required to stabilize the spine? The research tells us that the core muscles should contract minimally. In fact, upon standing the spinal erectors, quadratus lumborum, and psoas are nearly relaxed. Walking involves 2% of maximum voluntary contraction (MVC) of the rectus abdominus and 5% MVC of the external obliques. Then lifting a 15kg (33lb) kettle bell causes these muscular contractions to rocket up 1.5%. [source] This is all possible because of a complex coordination of minimal muscular contraction to orchestrate a balance of stiffness and mobility. Sweating and shaking at near 100% of your effort (think MVC) is a great way to get bigger muscles, but it wont improve the coordination.

Early research into the role of the transversus abdominis (TA) found that when performing rapid arm movements, patients with chronic back pain had a delayed activation of the TA. It contracted a fraction of a second later in those with back pain than those without back pain. Unfortunately, some assumed that the late contraction with causing/complicating back pain and sought to improve the timing by strengthening the TA. This resulting in may back pain patients being coached to perform abdominal hollowing (sucking in the belly button).

In actuality, the TA contributes to spine stability in synergy with all the other deep muscles (diaphragm, obliques, pelvic floor, etc.) It acts with these other muscles as a complete system, controlling abdominal pressure for breathing, talking, singing, laughing, defecating, vomiting…

Assuming that strengthening the TA with hollowing exercises can improve it’s coordination with other stabilizers is almost as bad as assuming that a delayed contraction of the TA is causing back pain in the first place.

Instead, training/rehab should facilitate subconscious efficiency of the abdominal pressure system. One really does need to stabilize and breathe at the same time.

Myth 3- The “core” works independently of other trunk muscles

Most “core strengthening for back pain” exercises attempt to isolate “core” muscles from “global” muscles. In fact, these muscles only exist independently in a drawing. When dissecting a cadaver, a knife is used to separate the bundles of muscles. Thinking of a muscle as separate from an adjacent muscle is useful for studying anatomy but not for understanding function. When your nervous system thinks, “time to scratch the nose,” it is not performed via muscle-by-muscle activation. Instead the nervous system performs a finger-to-nose movement. The neurological wiring is based on the movement, not muscle-by-muscle.

Instead, every training day is “core” day. Every rehab session should train movements, not muscles. 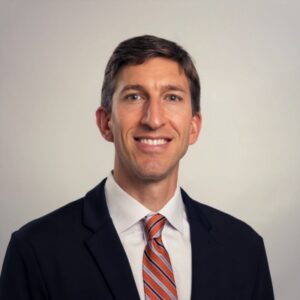 I'm a rehab physician treating functional, musculoskeletal pain with manual therapy, corrective exercise, and other rehabilitative techniques.
I practice at Cole Pain Therapy Group with a professional degree in chiropractic (DC), master's degree in sports rehab, and bachelors' degrees in life science and in business administration.
I strive to integrate the scientific principles of human functional performance to improve the life of any musculoskeletal pain sufferer. 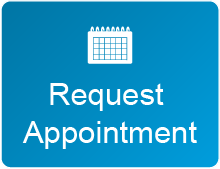 The information on this site should not be considered to be a personal treatment recommendation. This site should be used for informational purposes only. Nothing can replace the relationship you have with a licensed healthcare professional.